What will happen after this time of crisis?

None of us know exactly what lies ahead. It is very likely that the near future will be a period of recession, probably one of the worst. We faced a similar time after the collapse of Lehman Brothers in 2008. We don’t know how accurate a comparison this is to the current crisis, but it is probably the best comparison we have.

As a technology provider, we observed how our customers responded at the time, from the inside. Hundreds of manufacturing companies from a wide variety of sectors were hit by the crisis following the race that came with introduction of the euro in 2002, which only slowed down in 2007 with the burst of the real estate bubble. We have seen the choices that entrepreneurs have made in times of crisis, and we have seen the effect that these choices have had.

The situation in those years was as follows: demand was lowin the national market, and when orders for large quantities came in, they were promptly taken by large industries with economies of considerable scale.

Italian companies, especially SMEs, were left with only a few scraps and after a while they began to lack liquidity. What could be done?  The situation was critical. And yet it is precisely in this type of climate that companies can become stronger by making the right decisions.

For some companies, investing in technology at that time was difficult, given their weak financial position.  Ironically, installations and start-ups of new systems were progressing fast, because the key figures in the companies concerned had a reduced workload and could therefore focus more on innovation projects.

During this time, some of our customers went in the opposite direction, and asked us to stop the projects in progress at that time. Let’s just say that not all of these customers made it through this period. To them, this seemed entirely logical:: they were focused on getting out of the emergency, so they removed what was “unnecessary”. That’s certainly understandable. In such a challenging time, investing in technology instead of saving as much as possible seemed counter-intuitive.

When orders gradually started to pick up again, the companies equipped with technology were ready and organised, able to make the most of this opportunity and once again grow.  The other remaining companies were sadly headed towards a “natural selection” type process, whilst all the best people were taken away one by one.

In summary, I would say that the companies who responded the best were those who embraced the change, and used technology to adapt. The three key factors they relied on and worked towards were: flexibility, quality and the foreign market. Let’s look at them in more detail.

If orders for large quantities of items were being taken by other companies, then they would need to take on lots of small orders, even for non-serial, specialised items. But in order to do this, they would need to equip themselves with technology that provides flexibility, such as versatile machines, information systems capable of handling significant numbers of small orders, streamlined and real-time software to reduce Time to Market as well as modern management control. It wasn’t just a question of technology, it was above all a question of adapting to the new situation, for example by reducing stock to zero and only producing what was being ordered.  It meant a profound change in the way production was organised.

Large industries were making large quantities, but there was still a market for high quality items, and this wasn’t the target market of large industries.   At that time, focusing on quality proved to be a winning move. In this case too, SMEs needed to make sure they were equipped with modern, automatic & precise systems to manage all the quality aspects of production.  In other words, investing in technology of the time. However, this alone would not be sufficient, for quality is not only about steps being taken and inspections being carried out: it’s also (and above all) a mentality, a way of working focused on customer satisfaction. Entrepreneurs who understood the importance of this insisted on making sure such a logic was applied at all levels across their company, as well as ensuring that the company evolved.

The Italian market did not “pick up” initially, but there was demand in various places, one such place being Germany.  However, the level required of Italian manufacturing companies was high: with an infinite choice of potential suppliers willing to make a whole selection of things, foreign clients raised the bar. To become their supplier, you needed to demonstrate that you had quality, methodical processes, and that your costs were under control. You had to show that you had left the old methods and habits behind,,and that you were at the forefront.  You could no longer continue working “like before”: instead you had to use technology to readjust to the new situation.

Let’s now refocus on the current times.   A number of new technologies are available. Has your company implemented them?  Changes are happening: is your company adapting well to them?

It’s easy to indulge in comforting thoughts such as “now is not the time” or “when this difficult period is over, we’ll go back to work as before“, but take a look around: evolution is already happening. Which companies will survive? Which companies will come out stronger? 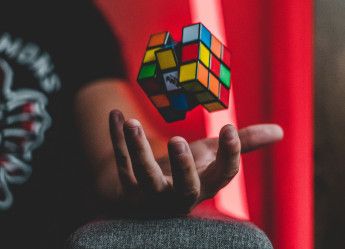 Data to support you in your decisions. Finding the best kind of analysis for your company 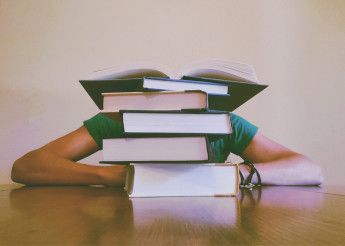 Is the data collected with IIoT and Industry 4.0 technologies really usable? 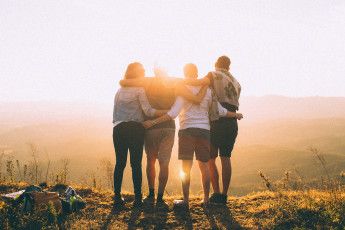